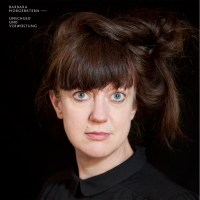 Hagen is a place of transit. A city in the Ruhr area that is regarded as the gateway to the Sauerland. As far as pop history in Germany is concerned, Hagen will leave a lasting impression forever: Nena, the Humpe sisters, Julia Hummer and last but not least Barbara Morgenstern. All deriving from Hagen. But as it goes for all transit cities, they all had to leave this place to refine their art and become famous.

Barbara Morgenstern moved to Berlin via Hamburg, got introduced to Gudrun Gut’s label Monika Enterprise via the „Wohnzimmer“-scene and quickly became a celebrated sensation with her unconventional sound between electronic, songwriting and folk. The pop experts hadn't heard such enchanted music since the Canterbury sound (only the Canterbury scene didn't know any techno yet and was quite a men's club). It is not surprising that Barbara Morgenstern cooperated with her declared fan Robert Wyatt in 2008.

"Unschuld und Verwüstung" (Innocence and Desolation) is the name of her tenth studio album and it is her debut on Berlin based label Staatsakt.

"It's the end of the world as we know it", quotes Morgenstern in the first track R.E.M. and their singer Michael Stipe, after whom her album opener is named. An homage - the 1987 R.E.M. piece is still an effective pop mantra, even more than 30 years after its release; one that helps us to endure all these contradictions  out there– and Michael Stipe himself was already seen as a guest at Barbara's concert at the New York club Tonic in 2004.

Basically, "Unschuld und Verwüstung" is about continuing in spite of everything, about a nevertheless despite the doubt, about the desire for a peace of mind. And even if it may seem increasingly impossible to us, about finally getting the wrong thing right! And, yes, if the world does not hand it over, then the conditions must be dreamed up. As far as the rescue of dream truths into the so-called reality is concerned, Barbara Morgenstern is a true master anyway.

The (work) flow in their songs is always "beautiful and radical" at the same time. At the latest when the beat of work begins, which is just as often suspended on “Unschuld und Verwüstung” and gives way to the refreshing humming of woodwind instruments (recorded by Berlin saxophonist Christian Biegai), one suddenly believes to have landed on an abstract Future R&B record. For example in "Karriereleiter", a song about the ghosts of capitalism, which Morgenstern naturally doesn't fall for at the end. But despite all her love and determination for art, she still questions her actions and her doubts - again and again - like an urban neurotic on a country outing: "Did I do what I wanted to do or did it just seem like it?" (from "Teil 1 oder Teil 2”).  There’s a sweet doubt inhabiting the songs of "Unschuld und Verwüstung". Like a covered apple pie with cream in the middle of a gentrified urban district. It tastes wonderful with its cinnamon and vanilla flavours, but it does not hide the brutality of the broker shark tank.

From the old Rock & Roll credo Live:fast, die young! Morgenstern comes to realize "I am everything I do with passion" and must also note: "Die young? It's too late for that!" In the title track, she turns dream-walking and almost feverish - Marcel Proust would probably still have spoken of the state of hysteria - to chaos theory and sings of the proverbial butterfly that teaches the equally proverbial sack of rice in China to fall over. In constant repetition, that sometimes can cost you your last nerve, she keeps singing: "You and I / live in the series / come home / because that makes sense"…. And coming back to the song "Teil 1 oder Teil 2 and thus to the core question of this album for all the realistic dreamers underneath us: "When is the spook over?"

Well, if we want to follow Derrida's thesis of Hauntology in the Karl Marx year 2018, then some spirits will surely still haunt our grandchildren. But our dreamed-for wishes might one day mean their liberation: To rest in peace at last!

Barbara Morgenstern has already laid down again to dream on new songs. Not because she is feeling the urge to do so, it just keeps happening to her... The next time I am going to drive through Hagen, I will foremost think of the beautiful word “Unbehagen” (discomfort). But only because it can be endured so wonderfully with this exceptional artist. 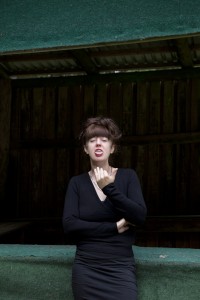 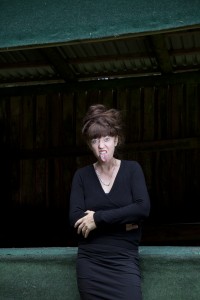 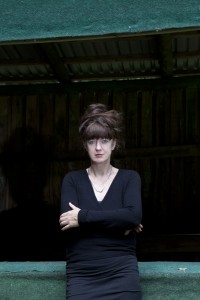